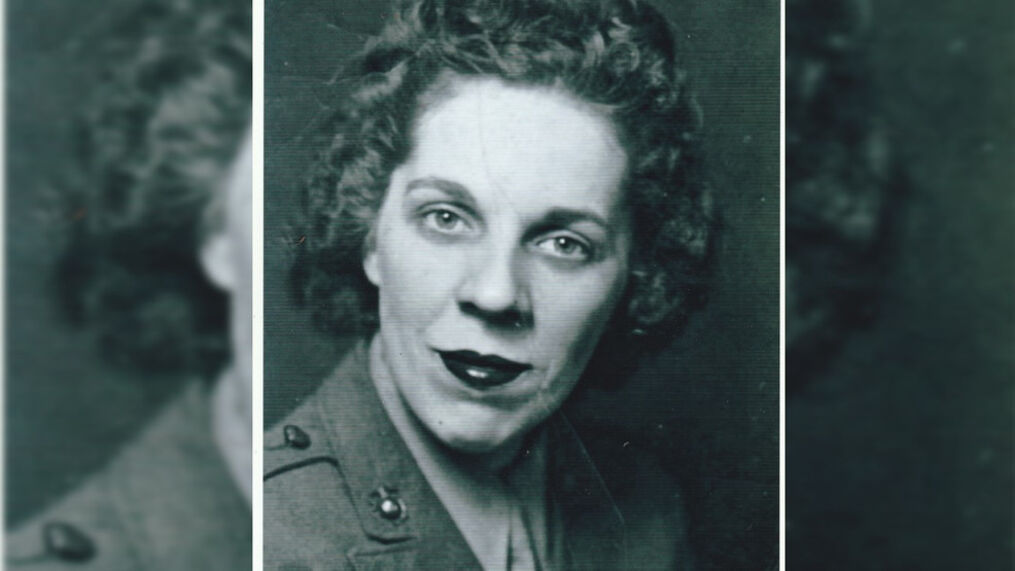 Tully, New York – On Saturday, March 27, Honor Flight Syracuse threw a party for Margaret “Peg” Bandy, one of the first women to join the US Marine Corps after the US entered WWII. She was the very first woman in Syracuse to join the Marine reserves. And a party it was – with 77 units in a parade, fire trucks and flashing lights, and plenty of spectators to wave and holler “Hey Peg!” (Though she had to watch the fun from her son’s car). She was also a journalist and writer, which is likely how she stayed sharp to the age of 100.